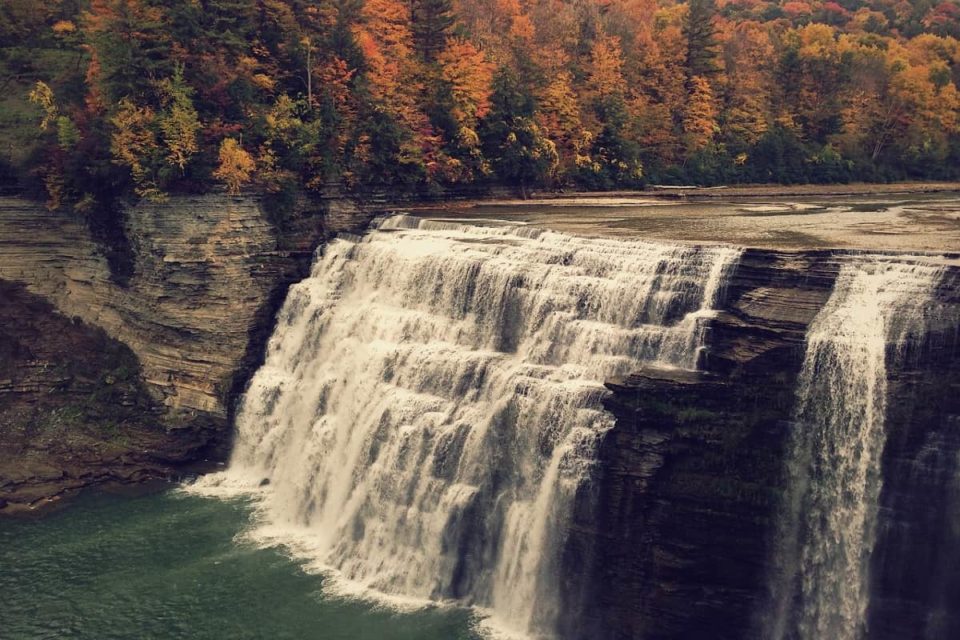 India is a country full of natural attractions, and millions of tourists from abroad attract due to its beauty, culture, diversity, and uniqueness. Among them, waterfalls are the most beautiful and amazing part of nature, which gives the soul a relief when water falling from height to the surface.

Here are some top 10 most beautiful and best waterfalls in India, which thrills every tourist with its beauty.

Jog Falls is a beautiful waterfall in the state of Karnataka, India, which situates on the border of Shimoga and Uttara Kannada districts. This beautiful waterfall locates on the Sharavati River, which is the second-highest waterfall in India after the 335-meter high Nohkalikai Falls in the state of Meghalaya. The height of the Jog Fall is 253 meters, and it is one of the major tourist destinations of Karnataka.

By reaching Jog Fall, you can spend at least one day to enjoy the journey of this fantastic waterfall. UNESCO has declared this waterfall as one of the environmental destinations in the world. Visiting the Linganmaki Dam and Tunga Anicut Dam near Jog Fall can make your trip special. Monsoon, i.e., June to September, is the best time to visit this waterfall.

Dudhsagar is a beautiful waterfall situates at a distance of about 60 km from Panaji in Goa, India. This waterfall locates inside the Mollem National Park, and one can experience a fantastic view of the dense forests, rolling hills of the Western Ghats. The waterfall drops down from a high mountain of 1017 ft, and when its water flows through high rocks, it looks utterly white like milk, which is famous as the “Sea of Milk.”

The most famous tourist destination in Dharamshala that attracts tourists who love natural sights is Bhagsu waterfall. This waterfall starts at the base of the Dhauladhar valley, which also considers as a religious place.

Before dropping down, the waterfall also passes through Bhagsu temple. Bhagsu Falls looks very beautiful during the monsoon season when the cascades from a height of 30 feet, it looks gorgeous.

Soochipara Falls is a three-level waterfall locates in Wayanad, which surrounds by evergreen and montane forests. This waterfall is one of the largest waterfalls in India, which drops from a height of 200 meters that offers tourists a fantastic view. The most exciting part of this Soochippara falls is that the waterfall forms like a pool in which tourists enjoy swimming and bathing.

The water falling from the Soochipara Falls later merges into the Chulika River, i.e., Chaliyar River, after the hills of Kerala and Tamil Nadu. Touring this region filled with various floras and fauna along with waterfall can prove to be very special for tourists.

A beautiful waterfall locates about 4 km from Cherrapunji is Nohsngithiang Falls, which is one among the tallest waterfalls in India and significant tourist destinations in Cherrapunji. Nohsngithiang waterfall rests on the Mawsmai village of East Khasi Hills district of Meghalaya. The waterfall drops from a height of 1,033 ft, which gives tourists a spectacular view.

This waterfall divides into seven different parts, which make it a symbol of the Seven Sister Waterfall. It is a seasonal waterfall that comes only over the limestone covered hills in the rainy season. The beauty of Nohsngithiang Falls is at its peak during sunset when the sun’s rays form a perennial rainbow over it.

Bhemlat Falls is famous as an oasis in the land of the desert. This waterfall locates in Bundi, at a distance of 472 km from the capital city. Water drops from a height of 60 meters in Bhimalat Falls, which attracts tourists massively.

Bhemlat Falls is a major attraction of Rajasthan, where one can go for picnics during weekend getaways from Delhi. Monsoon, i.e., June to October, is the best time to visit this waterfall.

The largest waterfall in Kerala is Athirappilly Falls, famous for its natural beauty, which stands height around 80 feet. This waterfall rests on the Chalakudy River in Thrissur district. Due to a unique form of monsoon and nature here, a vast number of tourists attracts in summer.

Everyone, from children to adults, has a lot of fun here. People come here to visit not only from the country but also from abroad. Monsoon, i.e., June to September, is the best time to visit this waterfall.

Courtallam waterfall is the most famous and largest waterfall of Tamil Nadu, locates on the North Western Ghats in Tirunelveli district. Water drops from a waterfall at the height of 160 meters into the Chittar River, which surrounds by the charming hills of Agasthyamalai.

In addition to the attractive flora, various types of fauna are also visible. Apart from the cascade of Courtallam, one can enjoy the beautiful lakes here and visit the Shiva temples. Nataraja form of Lord Shiva can be found in the temples here.

Hogenakkal Falls, which is about 135 km from Bangalore locates in the Dharampuri district of Tamil Nadu, on the Kaveri River. It is famous as “Niagara Falls of India.” The waterfall is renowned for its medicinal properties and unique boat rides.

Hogenakkal waterfall creates a cloud of smoke when the water drops from a height of 20 meters to the surface. Carbonite rocks found here are among the most ancient rocks in South Asia and all over the world. Its distinctive structure is beautiful. Apart from this, this waterfall is a tourist attraction for its incredible beauty throughout the year.

Shivasamudram is a small town in the Chamarajanagar district of the state of Karnataka, India. This waterfall situates on the banks of the Kaveri River, which is about 100 km from Mysore. It locates at an altitude of about 98 meters and the second largest waterfall in India.

Very energetic article, I liked that bit. Will there be a part 2?

Yeah…soon part 2 will be live.