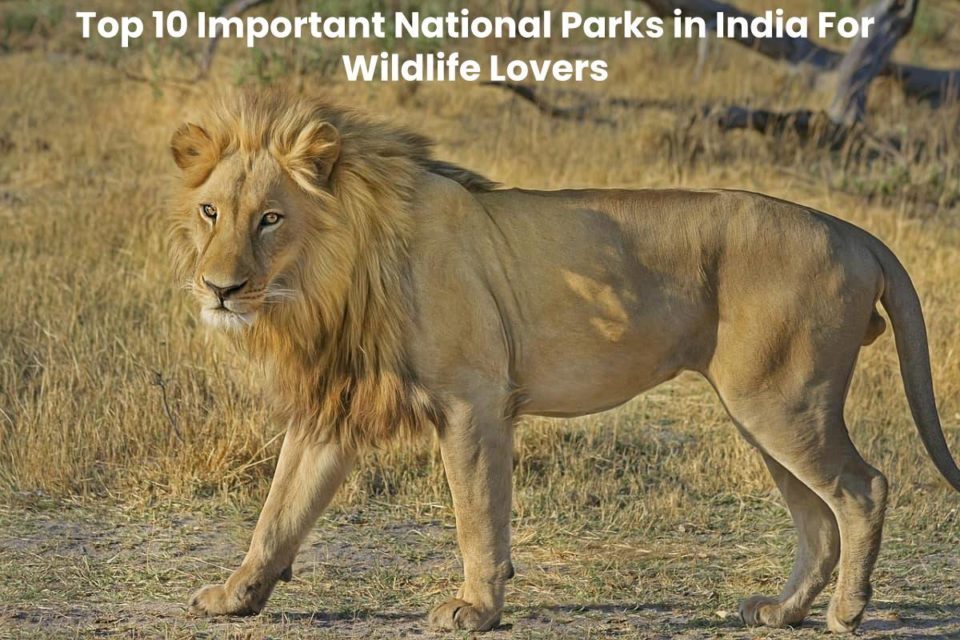 India is a country of contrasts where there are cheerful beaches, and for travelers, those who like adventures and nature, this country is an ideal destination to travel. After China and Thailand, India is the third-highest in the number when it comes to national parks in Asia. Indian wildlife has been the main attraction for tourists for centuries, and that can be seen mainly in the national parks of India.

Here, there is the possibility of going on safari, and thus being able to see the famous Bengal tigers, snow leopards, Asian lions, rhinos, elephants, or Indian bison, among many other unique species. There is the number of national parks in India where the parks and nature reserves of India are a real paradise for a photographic safari. Don’t know how to photograph? Take advantage of the best online photography courses around!

One of the best season who can visit the national parks in India is from October to March.

Here is a list of top 10 important national parks in India worthy of your attention.

Ranthambore National Park of Rajasthan is the most popular and one of the largest national parks in North India. This park is famous for different species of snakes. Ranthambore National Sanctuary is world-famous due to its beauty, vast enclave, and the presence of tigers.

Ranthambore National Park is the most beautiful tiger reserves in India, which got the status of National Park in 1981. The park spreads in the Aravalli, and Vindhya hills cover an area of 392 sq km. Apart from tigers, many animals like leopards, bears, cheetahs, bison, monkeys, sambar, and elephants. Two hundred sixty-four species of birds also can be seen here.

Apart from tigers, many species of wildlife such as leopards, jackals, sloth bears, and monkeys are visible. This park is famous for Red fox, black bear, and jackal. This park divides into four zones, Durgadevi, Dhikala, Jhirna, and Bijrani, which spreads across an area of 520 sq km where these four places are ideal for spotting a tiger.

Bandhavgarh, one of the most famous national parks situates in the Umaria district of Madhya Pradesh, India. The park is renowned as the largest tiger reserve in India, where the number of Royal Bengal Tigers exists. Tigers can easily spot in the middle of the roads. The forest area of Bandhavgarh is full of flora and fauna species.

The forest has all kinds of wildlife and trees, including Nilgai and Chinkara. There are 22 animals and 250 species of birds found in this national park. Other animals like jackals, sloth bears, foxes, gray mongoose, ratels, jungle cats, deer, wild boars, striped hyenas, and even leopards seen here.

Periyar National Park is one of the important national parks in India which locates in Thekkady, state of Kerala. This national park spreads over 257 sq miles with various species, including elephants and royal tigers, and one of the best places to visit in Kerala. The Periyar garden has also brought under the elephant conservation project since the year 1998.

Kaziranga National Park is famous not only in India but all over the world to spot one-horned Rhinoceros. This park is renowned for the UNESCO World Heritage Site. Spreads over 378 sq km, the park also has different species like tigers, elephants, wild buffalos, dears, bears, leopards, and birds.

But the biggest attraction here is Rhinoceros. One can enjoy jeep safaris and elephant safaris in the morning and afternoon. The best season to visit this park is from November to April.

Locates in the Sundarbans delta region of the Ganges River in the southern part of the West Bengal state is Sundarban National Park. The Park is famous for Royal Bengal Tiger, which surrounds by mangrove forest. Here Bengal tiger, wild boars, leopards, turtles, birds, and many other reptiles found in this park.

Madhya Pradesh is famous for its national parks and forests. The natural beauty of the world-famous Kanha National Park locates in Mandla district of Madhya Pradesh is a center of attraction among tourists. Spreads over 1,945 sq km, Kanha is one of the most picturesque and beautiful wildlife reserves in Asia.

Nanda Devi National Park locates on the Nanda Devi Mountain in the state of Uttarakhand in northern India. The Valley of Flowers is the National Park under this region. This park is renowned for the UNESCO World Heritage Site.

The park became a national park in 1982, apart from birds, beautiful flowers and beautiful butterflies of many species found in this park. The best season to visit this park is from May to October.

One of the oldest tiger reserves in India, Betla National Park which is famous as the Palamu Tiger Reserve locates in the Palamu district of Jharkhand, India. This park has a large number of animals like tiger, leopards, wild bears, monkeys, sambar, nilgai, peacock, and chital visible here. There are 970 species of plants, 174 species of birds, 39 mammals, and 180 species of medicinal plants in this forest.

The Betla Sanctuary has been a center of attraction among tourists since the beginning. Bathing in a hot spring here has its fun.

There are some crocodiles in the vast reservoir located in the middle of this area. One can enjoy jeep safaris in the morning, afternoon, and evening times. December to March is the best season to visit Gir National Park, which is the famous national park in India.

10 Most Beautiful Waterfalls in India You Must Visit [2020]

6 Bizzare Death Rites From Across The World