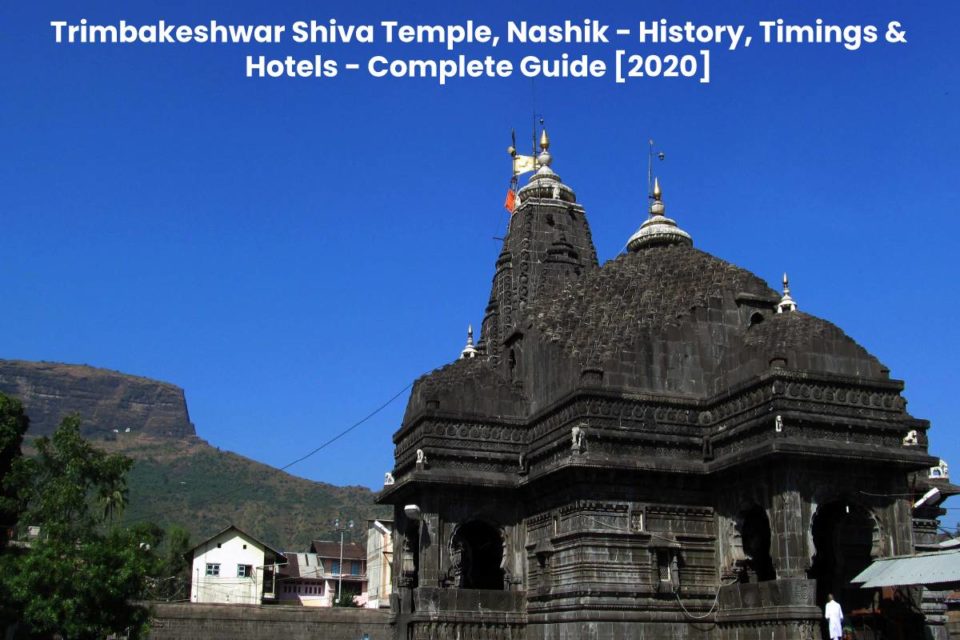 This temple situates at the bottom of the Brahmagiri hills. The specialty of Jyotirlinga is that it contains three faces symbolizing the symbol of Lord Brahma, Vishnu, and Lord Rudra. The temple locates 28 km from Nashik city. This temple is very popular since ancient times, due to which a large number of devotees come from far and wide.

Who built the Trimbakeshwar Shiva Temple?

The Trimbakeshwar Shiva temple built in the 18th century by Maratha ruler, Peshwa Nana Saheb, and this temple constructed with a black stone in the Nagara style.

Trimbakeshwar famous for what?

The Trimbakeshwar temple considered the most sacred town in India. River Godavari originates from Brahmagiri hills, and according to legends, it is the birthplace of Lord Ganesha.

What is the time taken for darshan in Trimbakeshwar?

Except Monday, Weekend, Holidays & Festivals, on an average day, the time taken for darshan is a maximum of 30 minutes.

According to legends, Trimbakeshwar in Nashik was the land of sages and munis, and there was a famine in this place which lasted for twenty-four years. Due to this, people started starving. However, Lord of Rains, God Varuna, was pleased with the sage Gautama and therefore used to rain daily only in his ashram in Trimbakeshwar.

Once, a cow entered into Gautama farm and grazed on the crop. The angered Gautama threw Darbha (sharp, pointed grass) over the cow. Due to which the cow died. She was Jaya, none other than a friend of Goddess Parvati. After hearing this news, all the sages refused to dine at Gautama’s ashram. Gautama realized his foolishness and asked the sages how to make forgiveness. The sages then advised him to bathe in the Ganges.

Gautama went to the peak of Brahmagiri and prayed to Lord Shiva to grant him Ganga. Pleased with his devotion, he ordered the Ganges river to come down to earth in the form of River Godavari. The river flowing from the Brahmagiri hill also trapped Gautama in a kund called Kushavarta. Then, The sage requested Lord Shiva to reside there. Accepting his request, Lord Shiva changed into Linga to stay there.

This Kumbh Mela held once every 12 years, which is one of the largest religious gatherings in the world. Millions of pilgrims from far wide gather here to take a dip in the River Godavari.

This festival held in February or March every year. On this day devotees keep fast and sing bhajans all day.

This festival held in November or December every year. The festival celebrated due to the destruction of three demon cities by Lord Shiva, famous as Tripura.

This festival held in January-February, where Panchamukhi Idol of Lord Trimbakeshwar placed in a rath and taken around the town.

This pooja performed to improve the condition of Rahu and Ketu. People suffering from Kaal Sarp dosha worshiped under the names Ananta Kaalsarpa, Kulik Kaalsarpa, Shankhapaal Kaalsarpa, Vasuki Kaalsarpa, Maha Padma Kaalsarpa, and Takshak Kaalsarpa. One who wants to perform this pooja must book pundits in advance, and the fee starts per person will be INR 2000.

This pooja performed to avoid Pitru Dosh and the curses of the ancestors on the family. Trimbakeshwar temple is very famous for this pooja.

This pooja performed to get rid of chronic diseases and to gain a long and healthy life. Mahamrityunjaya Pooja takes place between 5 to 9 in the morning.

This Rudrabhishek here done with Panchamrit, i.e., milk, ghee, honey, curd, and sugar. Many mantras and shlokas also recited during this period. This pooja also takes place between 5 to 9 in the morning.

This pooja here done to solve health and wealth problems also removes the evil effects of planets in the horoscope.

In this Maha Rudrabhishek pooja, the Rigveda, Samveda, Yajurveda, and Atharva Veda recited in the temple.

Places to Visit in Trimbakeshwar

The best time to visit Trimbakeshwar Jyotirlinga Nashik is October to March as the winters are mild in these months and also peak season for travelers. During this time, everything is expensive here, and the crowd is also very high.

However, if you have a low budget, then the monsoon season is suitable for you. You can come here from July to September. Apart from this, devotees visit this temple throughout the year so you can plan to visit here whenever you get time.

One can visit the temple in the early hours due to more crowd after 10 AM, and one can visit on Monday because the crown of the Lord is displayed between 4 to 5 in the evening.

How to reach Trimbakeshwar Temple

Trimbakeshwar located near Nashik district, 28 km from the main city center of Nashik. The best way to travel from Nashik to Trimbakeshwar is by road, and the time taken to reach is about 41 minutes.

There is no airport in Trimbakeshwar. The nearest airport is Nashik Gandhinagar Airport, which is 30 km away. From Nashik Airport, you can reach Trimbakeshwar by hiring a taxi.

Italian Citizenship: How To Be A Part Of Culturally Rich Life In Italy?