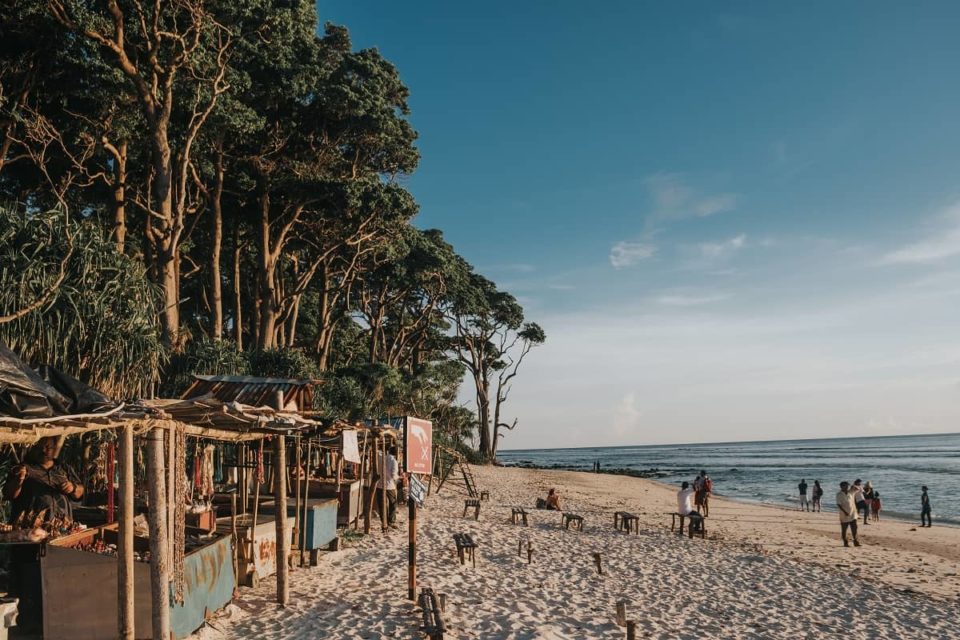 How to begin when talking about this enchanting country that is India?

Filled with hues and vibrant domes and temples, the bustling streets filled with delectable treats from aloo chaats to vada pavs and their notorious train ride that is so fascinating.

India is so colorful and is brimming with historical sites, and we’re not even talking about the Taj Mahal alone.

It’s definitely a perfect summer holiday destination. Problem is that you might have a hard time choosing which one to go to since India is a fairly big country, and you can’t just squeeze in a day or two to explore every summer spot!

Forgive us if we end up giving you a hard time choosing only one Indian summer destination, but here they are anyway.

Beaches, mangroves, and tropical rainforests are what you should expect when you visit Andaman and Nicobar Islands. It’s a group of gorgeous islands located at the Bay of Bengal.

Apart from just basking under the glorious Indian sun, you can also try their famous sea kart activity, which is basically go-kart but on water.

If you’re interested in marine life, you might also catch a glimpse of sharks and rays in this area.

Shimla is famous for its Victorian architecture. You probably would think you’re beyond the borders of India, as it is very different from the usual Indian setting.

It’s located at the Himalayan foothills, making it one of the cooler places that you can run to escape the Indian heat. It used to be under the British colonial government the reason why the influence is very apparent in the area.

There are a lot of activities that you can do in Shimla (also known as Simla) from hiking the Himalayas to enjoying an afternoon tea at one of the cozy cafes in town.

Best time to visit Simla is from October to November or February to March.

If you’re all about nature stuff and all that breezy trees and rivers, Kasol is the one for you.

Situated in the Parvati Valley, this hamlet is a real scene-stealer. The view of the forest and the mountain streams will make you fall in love with it at first sight.

And while you’re here, you can walk by the Parvati River for some introspective trek, with all the glorious pine trees greeting you in every bend. It’s a nice way to connect with nature after spending some time trying to mute the noise and the chaos of the city.

You should also not forget to try Israeli food during your trip to the quaint village of Kasol as it is one of the best spots to get a taste of the impressive cuisine.

Dharamshala is a personal favorite. People often ask me why I love going to India, and I always answer them with an “I want to meet the Dalai Lama” bit.

And while I haven’t met the Dalai Lama just yet, Dharamshala is the closest you and I can get to catch a glimpse of the wise leader because this is where he resides.

It’s a hillside city on the edge of the Himalayas with cedar forests surrounding this holy city. It’s also the home to the exiled Tibetan government if you’re interested in history.

Aside from wanting to meet the Dalai Lama, who, if I may be honest, is a long shot to the moon unless you visit on the dates that he’s giving speeches on public events, you can just hop around beautiful temples within the city.

One of the best peaks in India is located atop the Nandi Hills, where a sea of clouds makes a magical display.

This site has a huge contribution in Indian history as this used to be a fortress where prisoners were said to be thrown to death down the Tipu’s Drop. But despite this known fact about the place, Nandi Hills has been continuously one of the best holiday destinations in the country replete with spectacular views and temples.

You might also want to try paragliding when you visit this place.

Another hilltop city that should be on your list of go-to places in India is Kodaikanal, which is one of the most majestic cities in the country come sunset and dawn.

But don’t be fooled, though peaceful and quiet, Kodaikanal has some of the best handicraft stores in the country where you can get top quality shawls, jewelry, brass, and other antique items.

During the summer, Ladakh is in its most sublime state. Melted snow on rivers and streams, plus the sight of monks coming out of the sunlight, is a delight to see in this town.

Temples, markets and monasteries are bountiful, if you’re looking for that Indian vibe despite being high up in the mountains.

If you’re a Bollywood fan, you would instantly recognize Pangong Tso, the highest salt lake in India, as it is the shoot location of the last scene in the famous 3 Idiots film.

Located just a foot away from the holy Ganges River, Rishikesh is famous for its yoga and meditation sites. Well, it’s, in fact, the Yoga Capital of the World.

If during the summer, you plan to take a little quiet time to find your balance and focus, Rishikesh will welcome you with open arms. Spiritual seekers often go to this town for their needs, thanks to the Beatles, who turned this place into an instant center of spiritual retreat.

While there may be other hilltop towns in India, what sets Pachmarhi apart from them is its famous Buddhist sites inside caves.

Madhya Pradesh is the most famous hill station in the area and is one of the most ancient caves of the Buddhist era.

Mysuru, being its official name, is a famous city in India. Seeing the Mysore Palace is enough to complete your trip in this city. Its golden facade has been at the forefront of countless newspaper headlines and tourism magazines.

And before you leave this city, make sure you take a bite—a big bite—of the famous Southern Indian delicacy, masala dosa. You can go to Vinayaka Mylari for the best experience.

Well, if you have the luxury of time and money, then you might as well just explore every item included in this list, because why the hell not? Just be sure to bring your best carry-on luggage during the trip— for all your trinkets, shawls, and a sneaky little roti for when you go hungry during transit.

Author Bio: Geraldine Mills is a self-confessed wanderlust from the land down under, Australia! She funds her adventures by working as a travel writer. She loves sharing the allure of backpacking and being one with nature. Check out her other published articles.

Skydiving In India 2020: Experience The Thrill Flying In The Air